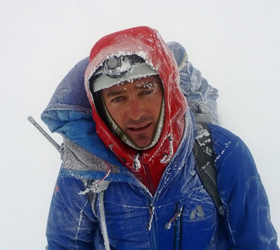 Dan Windham was born in the hills of Georgia. He discovered his passion for the mountains while backpacking at an early age on the Appalachian Trail, and then later moved to the mountains of northern Italy, where he became a guide and ran a mountain hut with his Italian wife. After Italy, he and his wife lived for a couple of years In Costa Rica, then moved to the United States. Dan has climbed and guided on some of the highest peaks in the Himalayas and the Americas. He regularly guides on Aconcagua, in the Argentinian Andes, and on peaks around the globe. Dan speaks English, Spanish, and Italian.